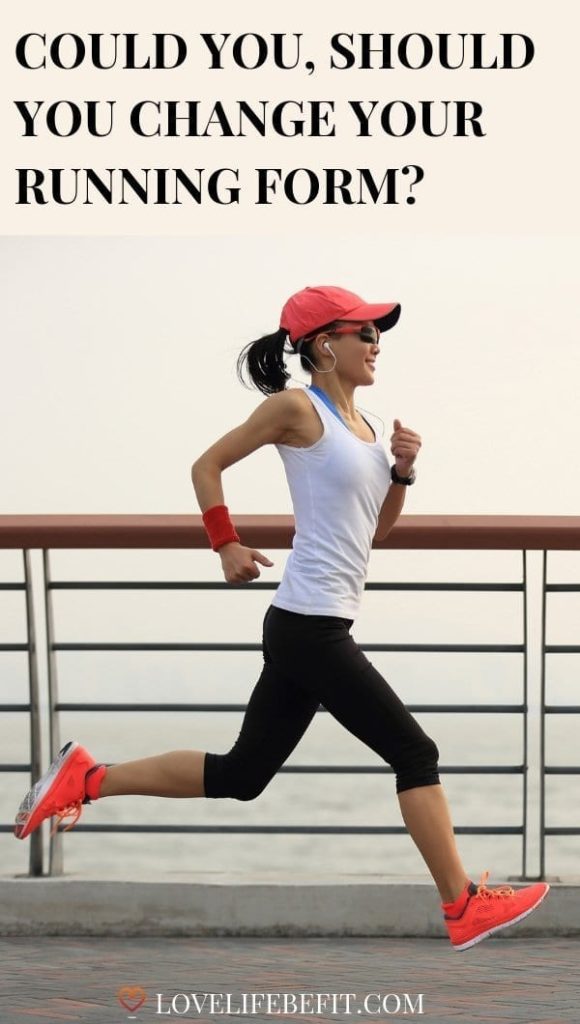 At some point as a runner, you’ll be dragged into the running form debate. There’s this idea your running form is the cure-all answer to avoiding injuries. Improve your form and become a better runner.

It’s a seductive argument. Elite runners usually have excellent running form. If you want to be a better runner, try and emulate them! If only it were that easy…

Your Running Form Is Unique To You

We all have different shaped bodies, different muscle strengths, and our own unique style of running. Trying to copy your favorite runner’s running form is a bit like wishing for a different body. It’s not going to happen.

If It Ain’t Bust Don’t Try And Fix It

Even if you’ve had major injuries, rule out other causes such as muscle imbalance and over-training, before pointing a finger at your running technique.

Trying to change your running form can mess with your ability as a runner. You could even end up as a less efficient runner.

If you’re a beginner runner, your running style will be less hard-wired. Whereas children instinctively know how to run, adults who take up running often seem to have lost that natural instinct.

Here are my running form tips for beginner runners:

Trying to keep upright and not slouching is a good tip when you run. Bad posture is the curse of the modern generation. Try to avoid bending forward at the waist it will only lead to back problems.

This tip will help with running tall. Keep your eyes focused 10 to 20 feet ahead. You don’t need to look at your feet to avoid stumbling on uneven ground. This tip works really well when you’re running fast downhill on a trail run.

Find a natural arm swing. Arms relaxed, shoulders down. Your arms will be bent at roughly 90 degrees. I find it varies depending on how fast I’m trying to run.

A lot of problems runners have come from a low cadence. Cadence is your step rate. The number of steps you’re taking per minute. You need to aim for at least 170 steps per minute.

Your cadence will change depending on the terrain or how fast you’re running. Measure your cadence on an easy run as a starting point. If it’s less than 170 work at improving it.

Land With Your Feet Underneath Your Body

There’s lots of confusing talk about heel striking versus mid-foot striking when it comes to running form. While aggressive heel striking, (where you slam your full weight down on your heel), is bad for you, it’s wrong to rule out all heel striking.

A proprioceptive heel strike is when you first make contact with the ground with the heel, but your bodyweight doesn’t fully come down until the foot is flat. This is a common running style with many elite athletes.

What’s important is avoiding over-striding and the best way to do this is to make sure you land with your feet underneath your body. If you’re running with a good cadence, 170 or more, this should happen naturally.

The tips for beginner runners will also apply to more experienced athletes. It’s just important to note messing with your running form has its pitfalls.

Sometimes you can start overthinking your running form and lose track of what works for you.

If you’re working on speed, and strength, and making sure you have a good range of movement in your hip flexors, your running forming will improve as you become a better runner.

Jason Fitzgerald has some of the most sensible advice I’ve found:

I like the if it ain’t bust don’t fix it approach to running form. Provided you have a good cadence, you’re on route to running with good form. Speed drills and runner-specific strength building will help. I’d love to know your views…