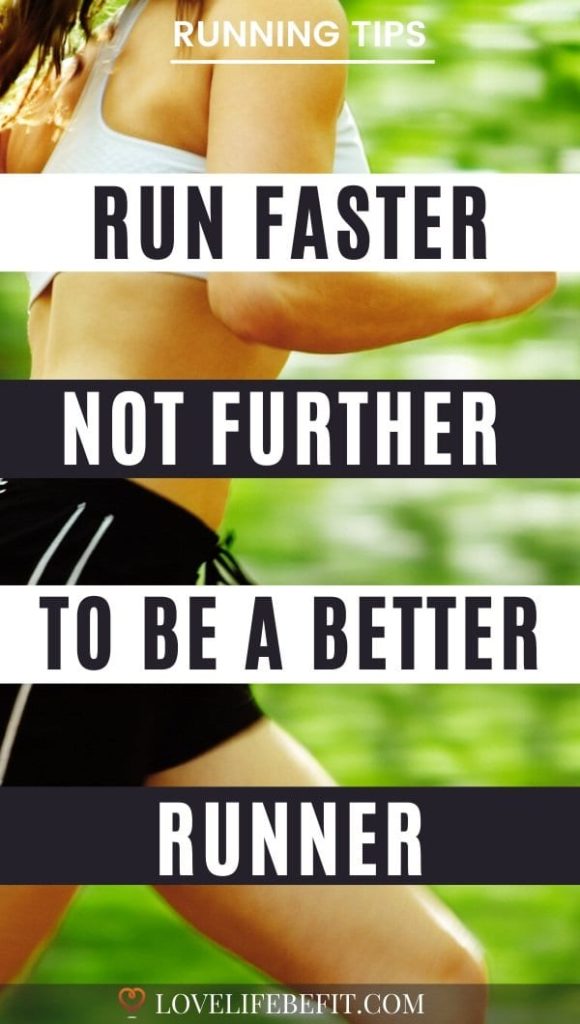 What type of runner are you? Is your aim running faster or further? If it’s the latter you’re not alone. So many new runners start clocking up the miles with eyes solely on the marathon?

I’ve seen it time and time again. Someone gets the running bug. They complete their first 5K race with a big smile and start stepping up the distance. The goal is always to run further.

These runners may wistfully wonder why their times aren’t getting any faster, but going further is something they’re getting pretty good at. There’s a buzz from covering enormous distances on the weekly long run.

Does this sound like you? If so read on and find out why when it comes to running faster or further, don’t neglect your speed if you want to become a better runner…

How To Run Faster When You’re A Beginner Runner

If you want to run faster you have to put in the work. Just building up long slow runs isn’t going to crack it.

Why do beginner runners always focus on long runs?

Because they’re easy. You’re running at a pace where you can still chat to your friends and there’s no pressure to try and hit times. You just lace up your trainers and head out the door.

I get it. I’ve been there. When I was a newbie runner I didn’t just stop at aiming for a marathon. I stepped straight up into running ultras.

It was starting university that saved me.

Parachuting into a culture of athletics and cross-country: short races with a focus on speed.

Three years at university transformed my running. It wasn’t just that I learned about fartlek, intervals, and speedwork. I learned how to be competitive at running. To desire to win.

Sometimes running faster is about finding the right group of people to run with. Run with people who will push you.

You never want to be the fastest person in your training group. You want to run with someone just a little bit better.

Find a club and turn up for their speedwork sessions. And just be a little bit over-ambitious when you pick your running group. Choose the group at the level you want to run at. Not the level you’re running at right now.

Your goal might be a faster marathon time but I can tell you from experience, that running short fast races will get you there.

The biggest change to my running speeds came from taking part in relays. Lung-busting all-out efforts over a short mile distance. Hanging on for dear life to make sure I didn’t let my team members down.

Do the speedwork sessions with your club but enter those races to give your running an edge.

Running Faster Or Further If I Want To Be An Ultra Runner?

I can tell you from experience that completing 50 miles in ten hours is a lot more pleasant than taking 16. It’s not just that it gets you that bit closer to the winner’s rostrum.

Being strong enough to avoid the desperate struggle to keep going, (when you’re tired and moving at the pace of a snail), has got to be a good thing.

What gets you strong? It’s not just building up your mileage, it’s speed. Running faster makes your body work harder. You don’t just improve at short distances.

Work on your speed for short distances. Your improved speed and stamina will help you smash it as an ultra runner.

Speedwork sessions are the easiest sessions to miss. Why? Because they’re hard. It’s always best to do them with someone else and joining a club is a top option. I’d love to hear your views!

This is great advice - and although I often struggle in my tempo runs (and speedwork sessions), I know that is where the most improvements to my running pace is made. Thanks for also sharing that running further will make me a better runner. It's pretty easy to get caught up in running longer and longer distances, in the belief it'll make us better. And clearly, that's not always the case. Cheers :)

Hi Lisa thank you! It's always mentally easier to "just go for a run" and you can fall into the trap of just running junk miles - miles at a moderate to slow pace that do nothing for improving your performance. Yes you need your long run once or twice a week depending on your goals but you're right to make your tempo and speedwork sessions count. It's the tough sessions that make us fitter!