Running With A Cold, Is It A Bad Idea?

It’s frustrating. Just as your running is going well and you’re sticking to your training plan, you get a cold. What should you do? Is running with a cold really a bad idea?

I’m sure every seasoned runner has run with a cold at some stage. It doesn’t help that cold symptoms can have other causes such as hay fever. It can be hard to tell if it’s safe to run.

I’ve woken up on race day with the sniffles and gone on to run a cracking race. Other times, just an easy run with a cold has morphed into a full blown infection, seemingly worsened by the light exercise.

Is Running Good For Colds?

This is a myth. There’s an idea that running opens up your airways and helps to clear the bug. It doesn’t sit very well with the reality of what is a cold.

Running may temporarily clear your nasal passages but it’s a big stretch to say running is good for colds. A gentle walk can be a better idea to clear your airways and lift your mood. Save your energy for fighting the infection.

Does Running With A Cold Make It Worse?

I’ve been doing my research. It’s always a good idea to check out your assumptions. One rule of thumb for running with a cold is above or below the neck symptoms.

It’s okay to run if your symptoms are above the neck, such as a runny nose or sneezing, if you have the energy and you’ve been fever free for 24 hours.

If you have below the neck symptoms such as body aches, coughing, tight chest, a fever or flu symptoms, do not run.

It’s also a bad idea to run or exercise with a cold if you suffer from chronic health concerns such as asthma.

Running With A Cold In Practice

I’ve always been wary about running with a cold since my GP sat me down a few years ago and gave me a lecture about my asthma.

I’d always kidded myself I had slight asthma and as it wasn’t exercised induced, I didn’t have to worry about it. An emergency middle of the night rush to the local Cottage hospital put paid to that theory.

So for me, running with a cold just isn’t worth the risk.

For those of you who don’t have this added complication it’s still worth taking two days off from running when you first go down with a cold.

Why? You recover faster.

I can’t back this up. Maybe someone, somewhere has done the research and if so I’d love to hear about it. The issue is there are hundreds of different types of cold viruses with varying effects on our bodies. It’s probably impossible to come up with hard and fast answers about running with a cold.

Just think of it this way. If you take two days off, maybe just go for a stroll, by day three you should be feeling much better.

At this stage try an easy run. (If you have a heart rate monitor it’s good idea to use it).

Monitor your symptoms and if by the next day you’re still improving, you can ease back into your training plan. This way you’ve only lost two or three days of training and your body may even benefit from the break.

It can sometimes feel getting a cold is a big deal when you’re following a training plan. Yet just taking a few days off from running can actually be a benefit, leaving you with fresh legs after a short break… I know this is a hotly debated topic and I’d love to know your views! 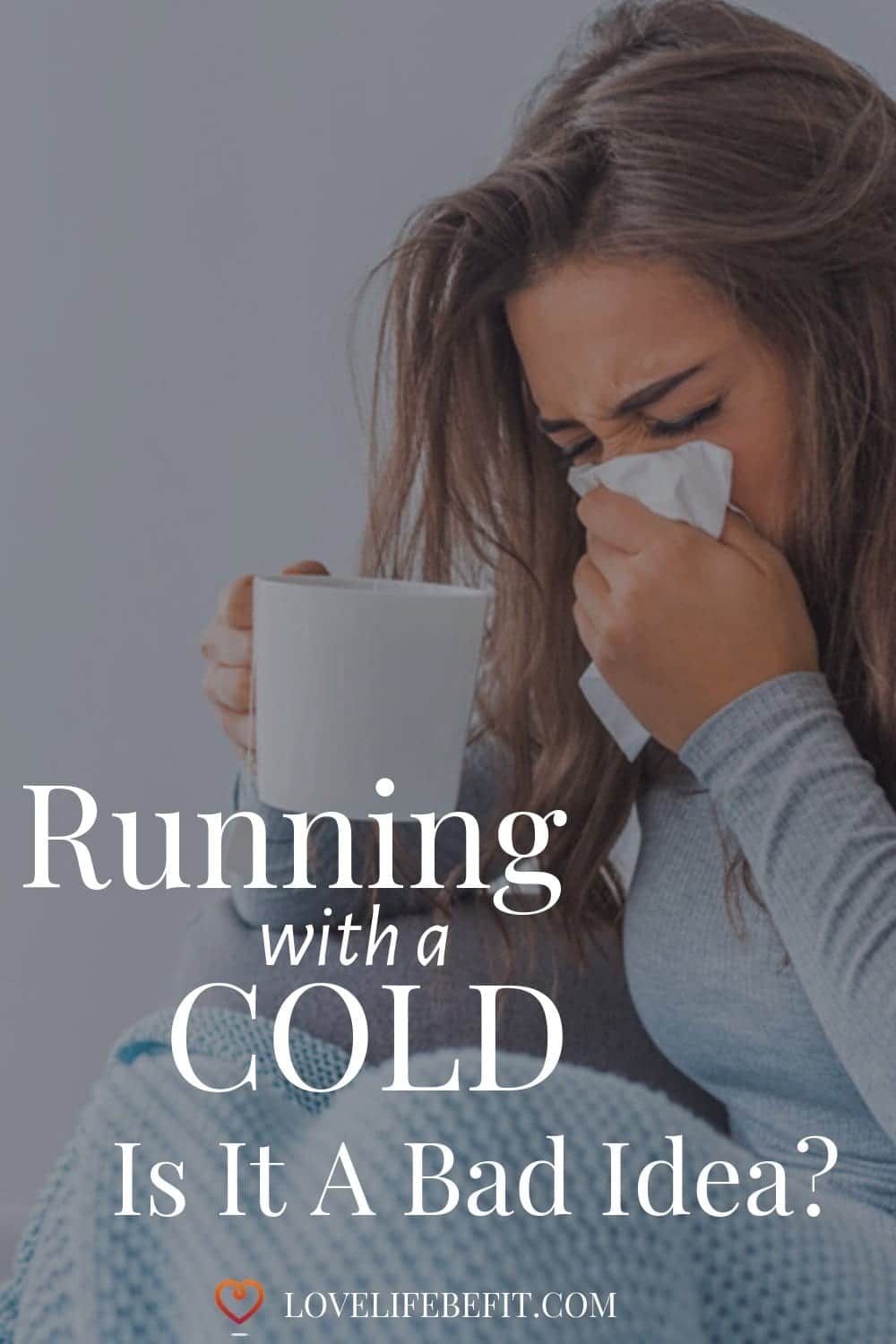 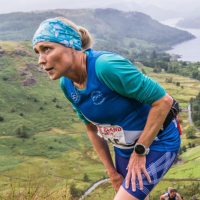 7 Tips To Make Running Feel Easier
Next Post: What To Wear To Yoga Class?

I started Love Live Be Fit to share my passion for outdoor adventure.
When I'm not blogging, you can find me in the hills, enjoying a yoga session or taking time out with a favourite book.
I believe life is what you make of it. So get out there and have some fun! Read More…

How Running Changes Your Body (Most Of It’s Good)
Will Running Burn Belly Fat Fast?
Run 5 Miles A Day. Is It A Good Idea?
7 Running Tips For Beginners (To Get In Shape Right Now)
7 Tips To Make Running Feel Easier
Why Running Makes You Poop (And What To Do To Prevent It)