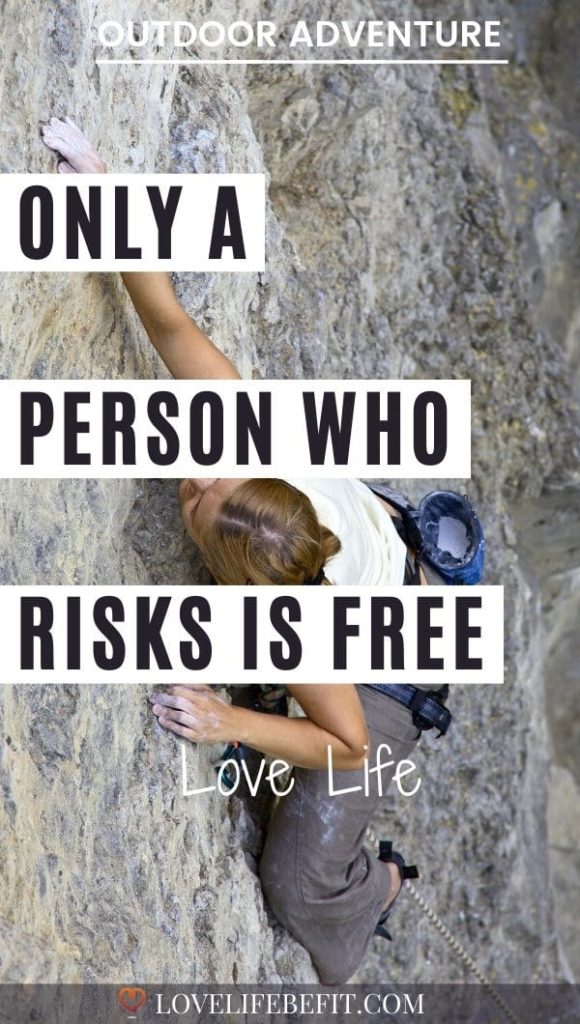 There’s a much-loved book in our house called Face Dancing. It’s in memory of the young woman Rachael Farmer, who was the first British Woman to climb 8A.

Rachael died slipping from a steep walkway at Buoux, a famous climbing venue in France. She was only 23.

I didn’t know Rachael, only the author Neil Gresham. But I have known and lost many friends in the climbing world. People whose lights shone equally brightly.

Face Dancing includes one of my favorite poems “Risks”. It was oft quoted by Leo F Buscaglia. It’s a poem that could have been written for climbers, but it applies to outdoor lovers and life in general. An academic at the University of Southern California, Buscaglia was moved to write about life and love after a student’s suicide.

As a mountain climber, the appeal is strong and obvious. I can’t justify the risks I take. Saying, if I don’t take risks I’m not living, leaves me free to selfishly pursue my dreams.

Is this such a bad thing?

The world can learn from climbers. The climbing community will never judge you on color or creed. It’s a true meritocracy.

It’s a community touched by free spirits who inspire and uplift. Where the impossible is possible. Where life isn’t constrained by imagined boundaries or limited by unchallenged thoughts and beliefs.

I’m not saying the world would be a better place if everyone risked life and limb clinging to rock faces. But embracing risk can be the difference between a living a life locked in the pettiness and hatred of frustration, or breaking free and creating a life you really want to live.

You see so many people wasting their lives. People who are stuck. Unhappy with their life choices but not willing to try and change. To take a risk.

They’d rather sit on the couch and let the world go by. Often putting off living because they’re afraid. Believing they can’t even try and follow their dreams because they’re not good enough. Not perfect.

Sometimes it’s just the people you surround yourself with who are dragging you down. Friends who won’t try anything new. They don’t want to leave their comfort zone so why should you…

If you don’t like the scene you’re in, if you’re unhappy, if you’re lonely, if you don’t feel that things are happening, change your scene. Paint a new backdrop.

It may be a simplistic view of the world. That you can just up and leave your situation. But it sometimes you can make small changes, take small steps.

Take up a new activity or sport. Join a club. Increase your circle of friends. Minor changes maybe, but one small change can lead to another.

The changes add up and then you look back a few years later to realize your life has changed completely.

The easiest thing to be in the world is you. The most difficult thing to be is what other people want you to be. Don’t let them put you in that position.

I know not everyone wants to live a life of a climber but taking a few risks, stepping out of your comfort zone, and trying new experiences is the essence of life. I hope you’ll agree.